One of the best things about the swamp is the fact that it’s home to so many creatures you may not see anywhere else! And, if you’re an avid reader of our blogs, you’ve certainly heard us talk about gators more than once. Let’s give some love to the other creatures in the swamp, shall we? Take a peek at these birds on our bayou tours in New Orleans and book online today!

Due to the pelican being such an important piece of Louisiana’s identity, it’s important to begin with these interesting birds. The brown pelican is the Louisiana state bird and is even on our official state flag. However, you may notice that the bird there is white. This is because the flag itself was made in 1912, but the brown pelican wasn’t the state bird until 1966. By then, the white bird was well-known! To this day, the pelican has remained well-loved and you can see our bird represented in our media, culture, and on our shores.

Despite being the smallest of the pelicans, they are still a pretty large bird! Four feet long and with a seven to eight-foot-long wingspan, this big bird puts many others to shame. Pelicans are often easy to pick out from a crowd from the large pouch attached to the bottom of their beak. This big pouch can actually hold up to three times as much as they can fit in their stomach. And for good reason—they need to eat four pounds of fish a day. They catch these fish by diving headfirst into the water and scooping them into their bill. If you’re able to catch a glimpse of one of these maneuvers, it’s a good day!

What Other Birds Can Be Found In The Swamp?

While the pelican is the most famous Louisiana bird, there are several others that stand out.

If you’re an avid bird watcher, Louisiana is the perfect place to find the critters you aim to see.

Want To Take A Ride On These Bayou Tours in New Orleans? Book Online Today!

There are so many birds in the Pelican State. Take a ride on our bayou tours in New Orleans today to see some interesting birds for yourself. Book online or just ask us more about the fantastic Louisiana wildlife! Call us at 504-323-0570, email info@adventuresofjeanlafitte.com, or send a message online to get your questions to our professionals. We’re excited to help you see these birds take flight.

Travel deep within the boggy terrain of the Louisiana bayous to discover a legendary, supernatural, creature. Yes, we’re talking about the Rougarou! Tales of this mysterious creature are especially popular during the spooky Halloween season.

What Actually Is A Rougarou?

When a human is cursed with lycanthropy—or a human who transforms into a wolf—they become a Rougarou. However, there are different beliefs regarding how the curse transfers. One version states that a human who gets bitten by a Rougarou will remain in the Rougarou form for 101 days. Within that period, the beast must draw another human’s blood in order to pass it on and rid themselves of the curse.

Conversely, another version believes that a person with the curse will not transform into its form until it consumes human flesh. And finally, some old beliefs state that the Rougarou curse can only be passed by a witch. The witch will either become the beast herself to pass the curse by biting another human or cast a lycanthropy spell upon another human. The person who receives the curse would not be able to pass on the curse because only the witch has that power.

We are unsure as to whether the cursed will become permanently transformed, has the ability to change upon will, or is forced into transformation during a full moon. As is the norm with traditional legends, these stories of origin and behavior often contradict another.

No matter what the correct version is, though, one does not want to be caught in the path of a Rougarou! A domineering, dark-haired, long-fanged beast with bright red eyes and— much like the werewolf—has the head of a rabid wolf and the body of a man. Worst of all, the swamp monster is believed to have a strong taste for human flesh!

The Beginnings Of Cajun Folklore

Tales of our swamp legend are connected to Francophone cultures. The Rougarou itself is actually the Acadian variation of the name. The French are believed to have originally called it the Loup-Garou, Loup being the French word for “wolf” and Garou being the derivative of the English “werewolf.” As the French settled the new world, Rougarou became the typical name for the monster in the Louisiana bayou.

Folktales are usually passed on as cautionary tales. Specifically, French Catholic (and eventually Cajun) parents used Rougarou to scare their children into behaving—the monster would eat them if they did not follow the rules during Lent! Most likely, the original intention was to prevent the children from playing in the swamp, where predatory animals dwell, and they later applied it to religious teachings. 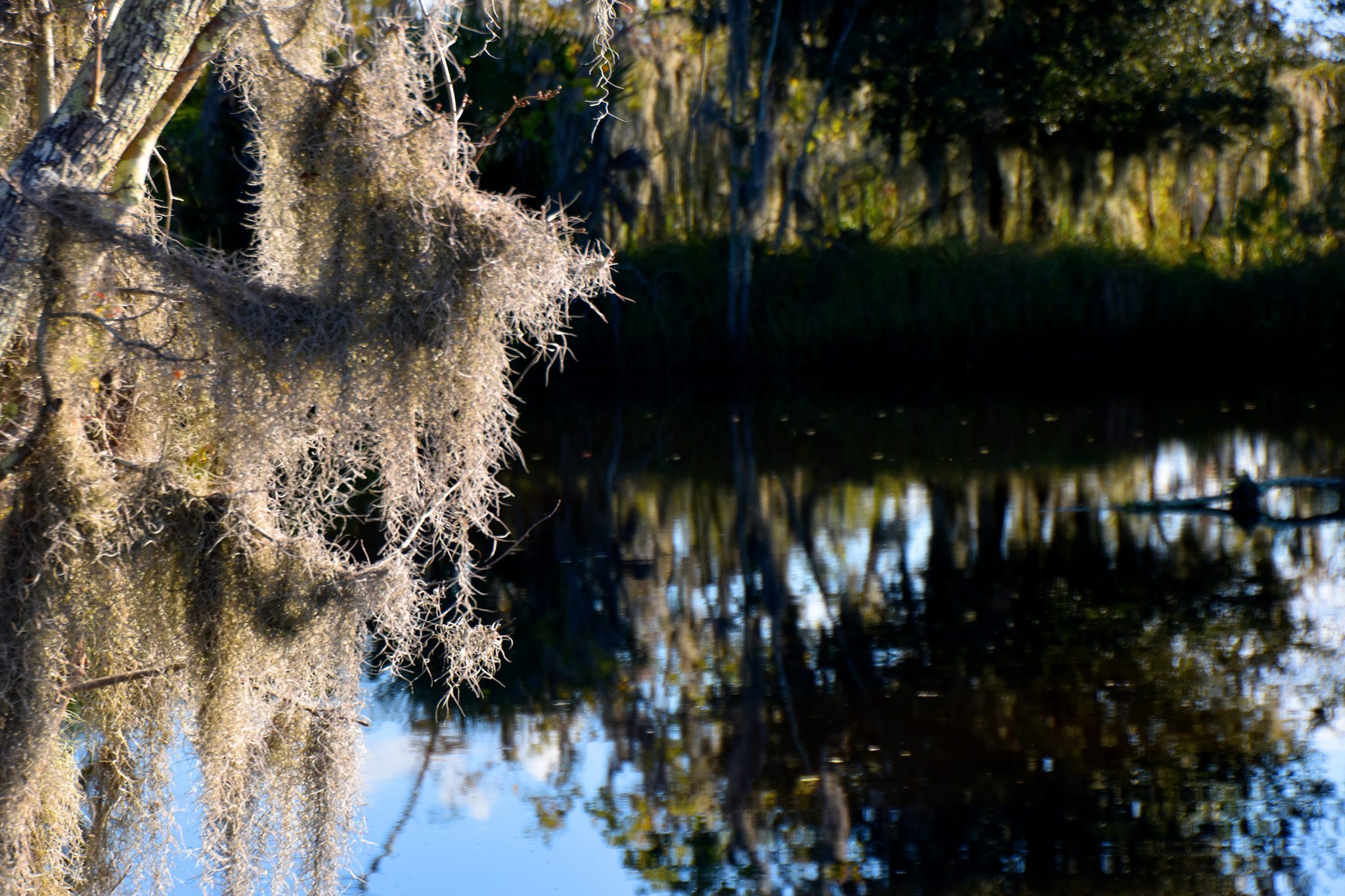 Explore The Bayou With Us

Much like gumbo—a traditional Cajun dish—Louisiana culture is a pot full of spicy and strange ingredients! If you’d like to learn more about our unique culture on a journey through our beautiful bayous, visit us at the Adventures Jean Lafitte Swamp Tours! You can book your reservation online or call us at 504-323-0570. 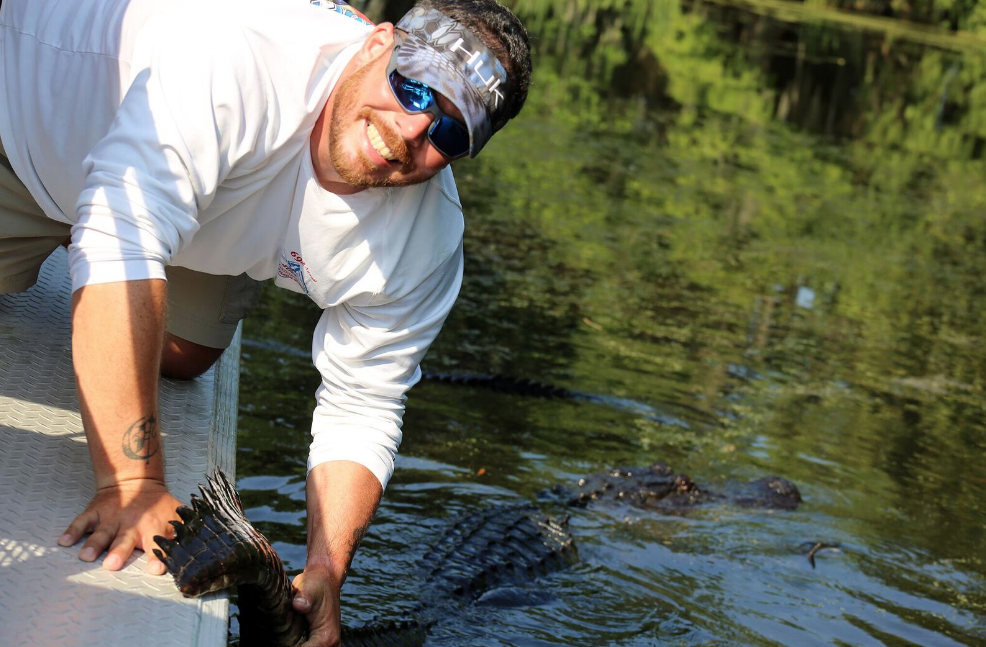 When you’re on vacation, it might seem like you’re just checking things off. There is so much information online. So many of your friends are eager to make recommendations. You compile a list and spend your trip dashing from one thing to another. The cliché of needing a vacation AFTER your vacation can apply. Focus on what you want out of each experience. Try to be in the moment instead of worrying about your itinerary. On paper or in your mind, list out reasons you’re glad to be there.

Whatever your reason for booking a swamp tour, choose Adventures of Jean Lafitte. Do you have questions? We’ve got answers. Booking couldn’t be easier. You can call us at 504-323-0570 or click here to book online. Come and make some memories with us. As for us, we’re thankful for visitors like you. We love having the opportunity to give you and your family a fun and unforgettable experience.

Adventures of Jean Lafitte is more than just a bayou tour. It’s a true adventure. That means you’re going to want to bring the essentials of an adventure! What are those? We’re glad you (probably) asked!

Essentials For A Bayou Tour Adventure

Dress For An Adventure

First, you’re going to want to dress appropriately for the weather. This is New Orleans, so 80% of the year that means you’re going to want to dress very lightly. It will be hot and humid. If you happen to be planning your adventure for the winter months, then it might be a good idea to dress a little more warmly. The point is, you’ll be exposed to the elements in your bayou tour. So, plan accordingly.

Whatever you do, you don’t want the memories of this adventure to fade. Whether you take photos on your phone or you bring a camera, plan to capture a few moments. Whether you’re with your family, your spouse, your friends, or by yourself, you’ll want to capture photos of moss hanging low off cypress trees, beautiful bayou vistas, and rowdy alligators.

You’re going to want to protect yourself from the water if that’s an issue for you. We sell ponchos and umbrellas in the gift store or you can bring your own. If you’re bringing your wallet, your phone, or your keys, you might consider putting them in a ziplock or something as well.

Don’t get eaten or beaten. The bugs will eat you if you let them, and the sun will beat you up all day long if you don’t take proper measures to protect yourself. Otherwise, you’ll end up eaten or beaten by the end of the day. It’ll still be a good time, but why add that element of risk!? A bayou tour is a great time, but it DOES have bugs and sun. Don’t fall victim to either.

Bring yourself, your friends and family, and your desire for fun. That’s the best way to ensure you have a good time. Of course, we’re going to do everything we can to ensure that you have a good time, too. With all of us working together, there should be good times had by all! After all, a bayou tour is a pretty fun adventure!